Well, today was the day - total lunar eclipse - the blood red moon! I actually had class 6pm-8pm, but the lecturer was nice and let us out at around 7pm (when the eclipse started) then we all sort of went out again at 7:50pm, even though the lecture hadn't fully finished. The photos I took came out alright considering I didn't have a high-tech camera - all I have is a simple "point and shoot" type (Nikon Coolpix 4100 to be exact).

A pic of the partial eclipse (taken around 7pm) 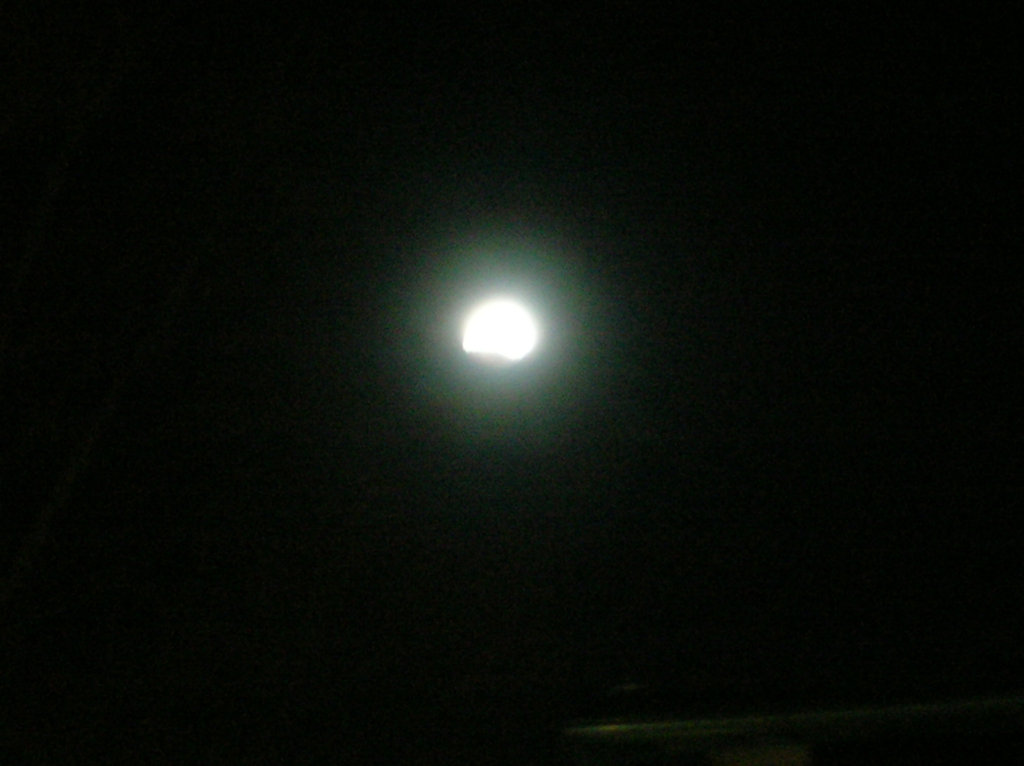 The interesting/funny thing about this one is the camera was placed on a temporary tripod...Marty's head! and it turned out quite well, no double moons from shaking. Thanks Marty :)

And of course, a pic of the full eclipse (taken around 9pm) 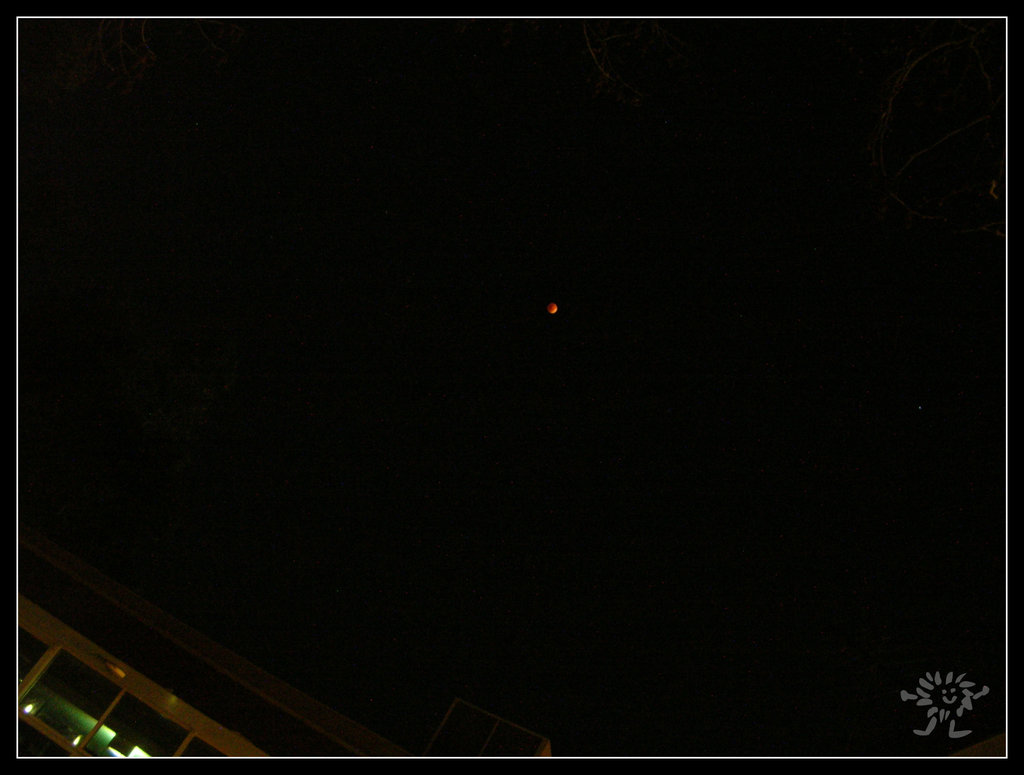 Yes, the moon is miniature, again this was taken on a "tripod" - the handrails (which is why its on an angle).

What I realised is any immobile (preferably flat) surface works well as a temporary tripod - obviously you don't get the freedom, but it's better than nothing! Also, to even further reduce the chances of movement, put the timer on - that way you don't have to touch the camera when it takes the shot :)